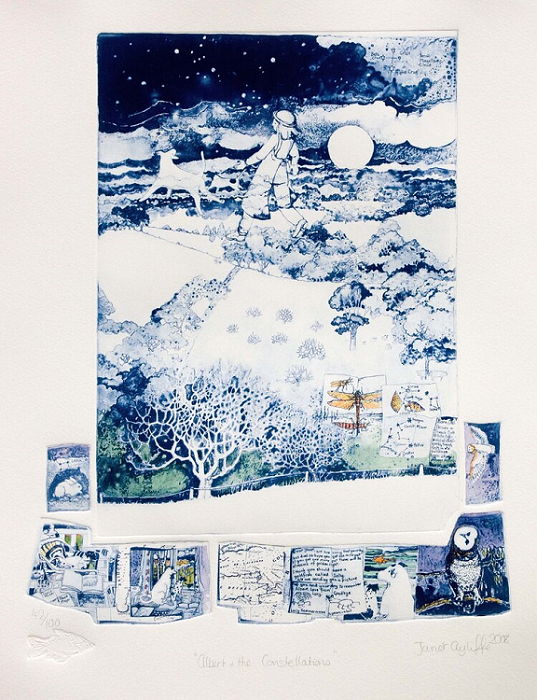 Janet Ayliffe was born on Kangaroo Island and spent the first eighteen years of her life there.  The close community of islanders in which she grew up, the natural history and the unique landscape of Kangaroo Island had a strong impact on Janet’s development as an artist and these influences continue to resonate in her work today.

Janet now lives in the Fleurieu Peninsula region of South Australia with her family.  Much of her work celebrates a harmony between people, animals and places.  Janet studied with Franz Kempf at the South Australian School of Art and later worked with Pam McFarlane and Barbara Hanrahan.  Janet is a member of the Australian Print Council and English Wood Engraving Society.

Each of Janet’s etchings is printed on Hahnemuhle paper and her engravings on Mulberry paper.  Each limited edition print is signed and numbered, with slight variations occurring between each print due to the hand printing process involved.

Janet’s works are intricately detailed, the more closely each print is examined, the more a story ‘unfolds’.  Transcripts from Janet’s own verse, images within images…  all are beautifully interwoven and subtly represented to create an enchanting sense of time and place, often connecting the viewer with memories of their own past.

Albert and the Constellations 67/100 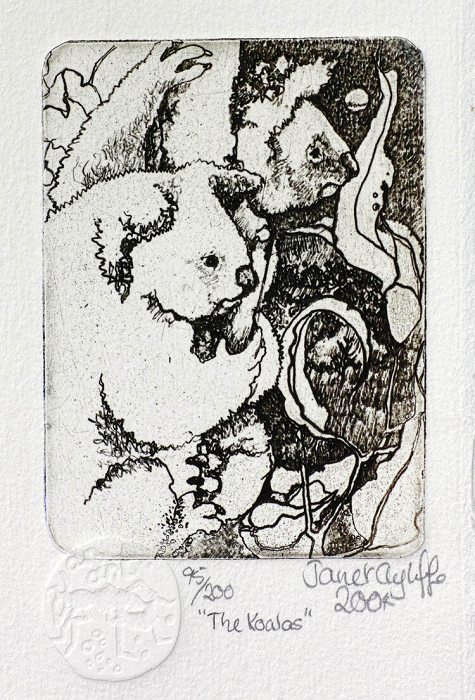