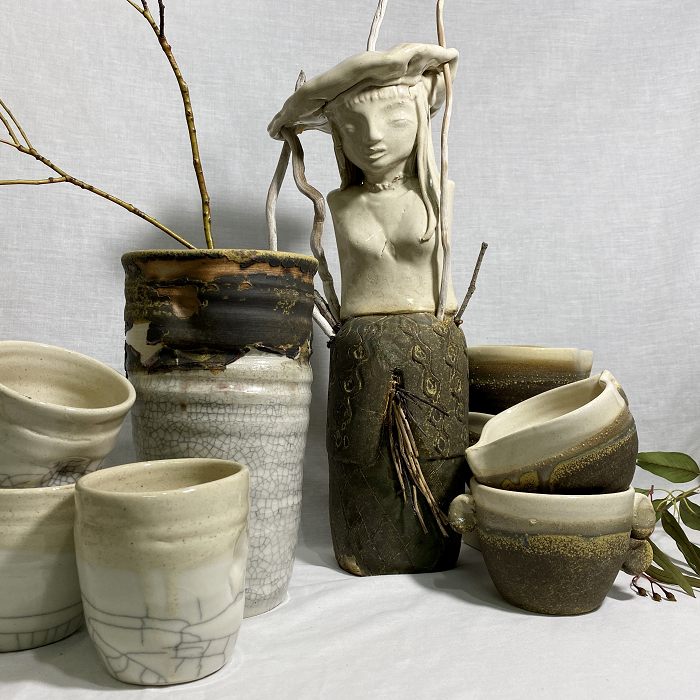 “As an artist I NEED to create, it is this creativity and focus that brings me joy, happiness and peace of mind” – Amanda Thorpe

A creative child in all things except the three ‘R’s’, Amanda Thorpe – ‘Mandi’ spent much of her early years creating whimsical figures in her mother’s pottery studio.   As a young 17-year old she embarked on a full-time career in clay and by 20 she’d held 3 solo exhibitions in Carlton, Melbourne and several group shows with the Arts and Craft Society of Victoria.  Mandi also exhibited work at Eltham Gallery and Potters Cottage, Warrandyte.  At age 21, Mandi was accepted into Canberra School of Art ANU, where she studied under Alan Peasecod.  It was here her love of dry glaze developed.

After moving to Gippsland to build a mud-brick home and raise her young family in the bush, Mandi’s art continued sporadically in-between children and teaching.  It wasn’t until she was in her 50’s that Mandi was able to once again focus on her art and for the last decade she has worked joyfully as a full-time potter from her studio in Newborough, Victoria.

Mandi enjoys creating ‘Woman Goddess’ motifs representing the female form, derived her love of the early cultures of our world.  Her imagination plays out in both her clay-works and paintings which feature mythical creatures & people, influenced by many fables, fairy-tales and historical references.  Mandi also enjoys making bowls, mugs and plates, with her stoneware ‘dimple’ range developing quite a following. 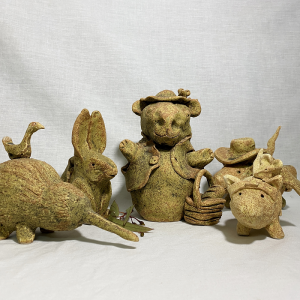 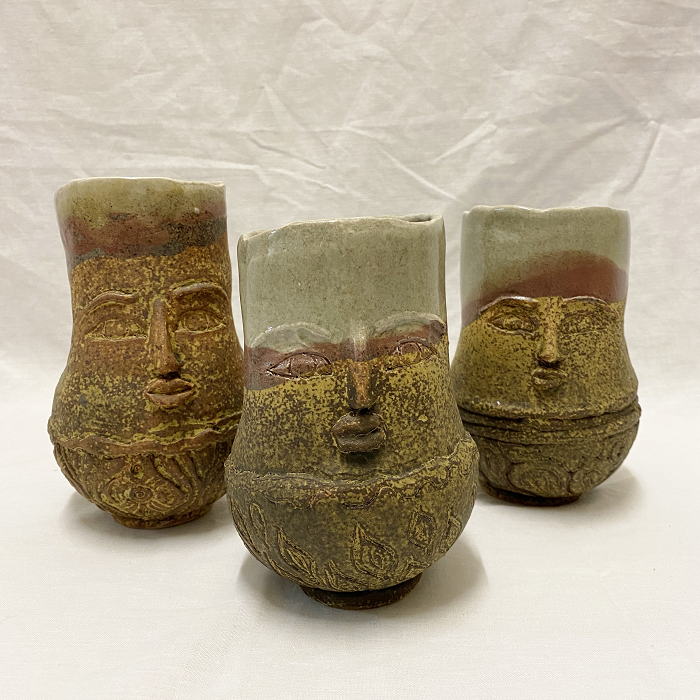 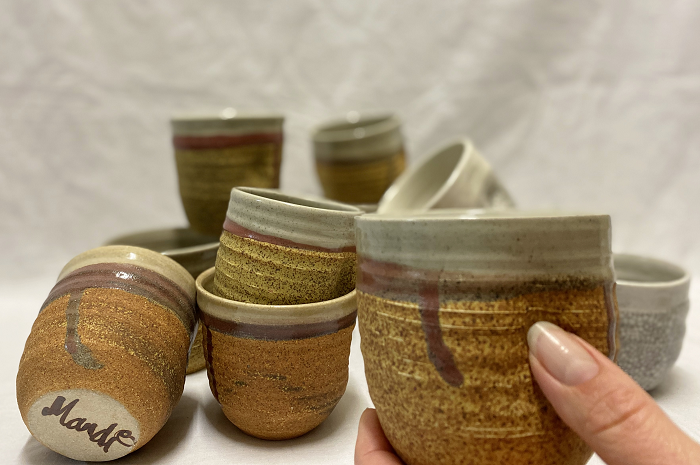 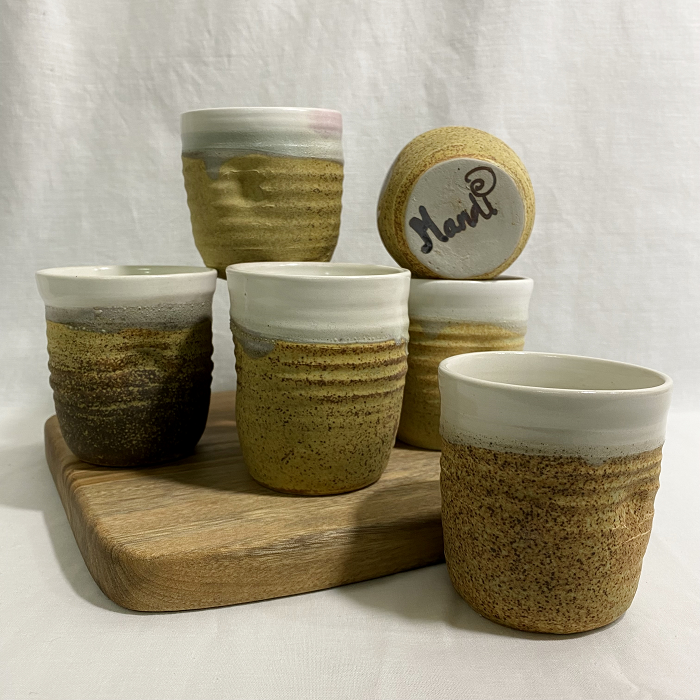 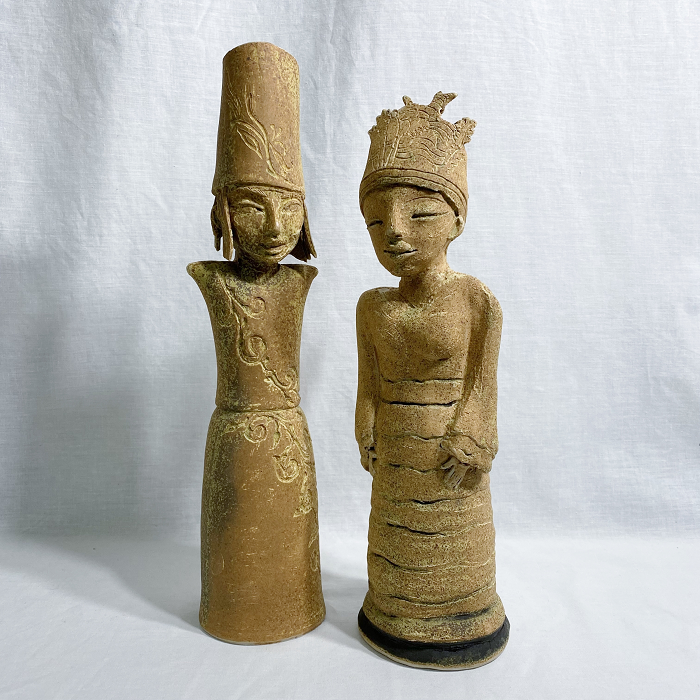 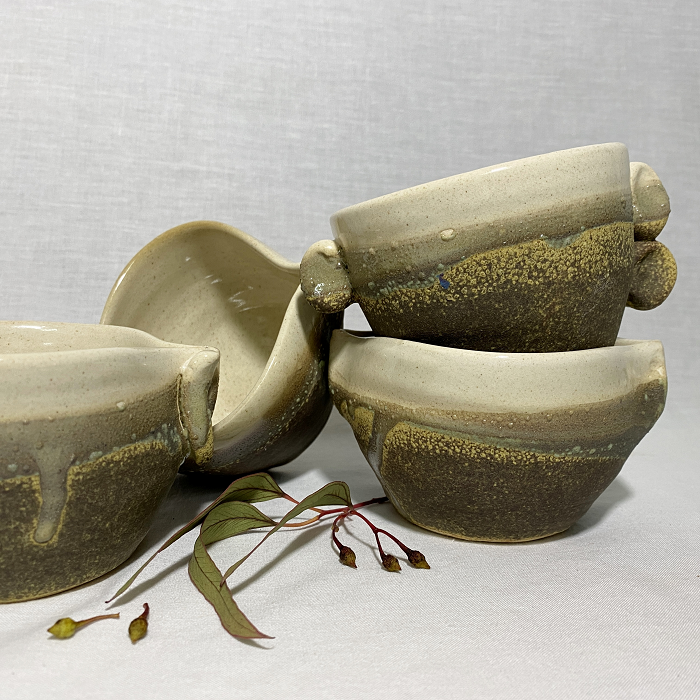 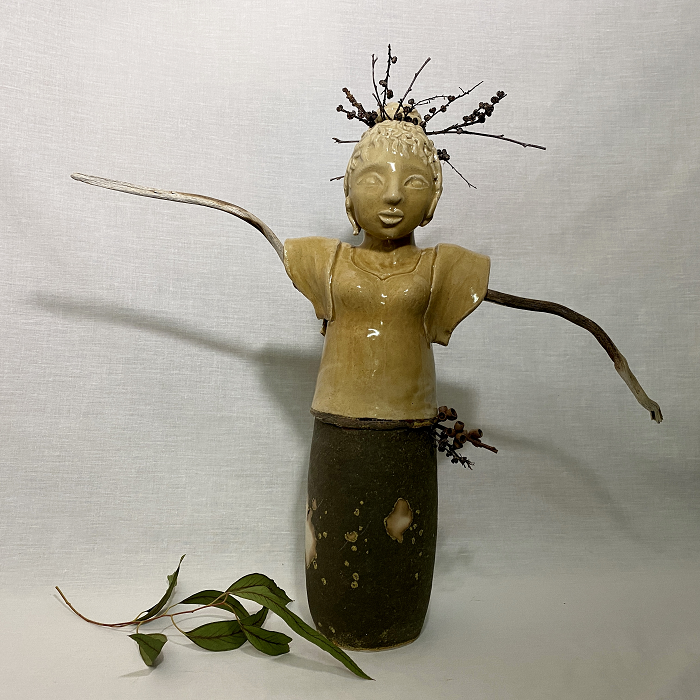 Goddess of the Harvest I 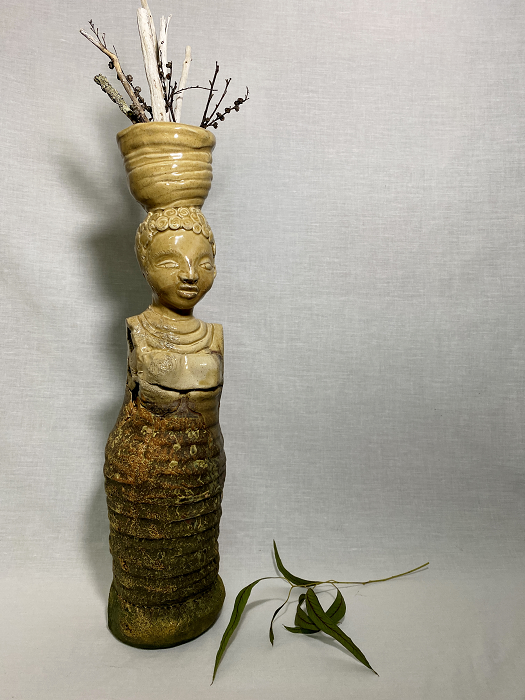 Goddess of the Harvest II Goddess of the Harvest III HOLD 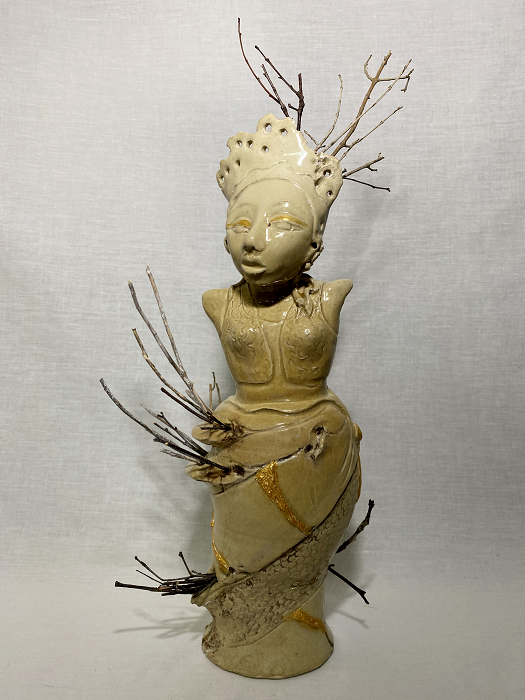 Goddess of the Harvest IV 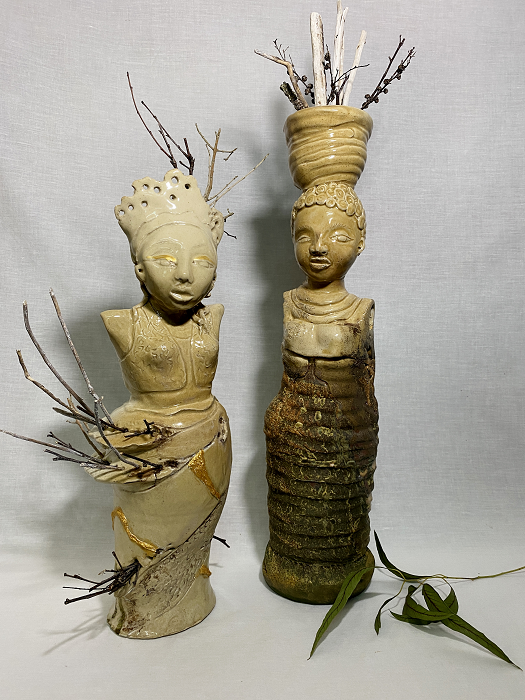 Goddess of the Harvest series 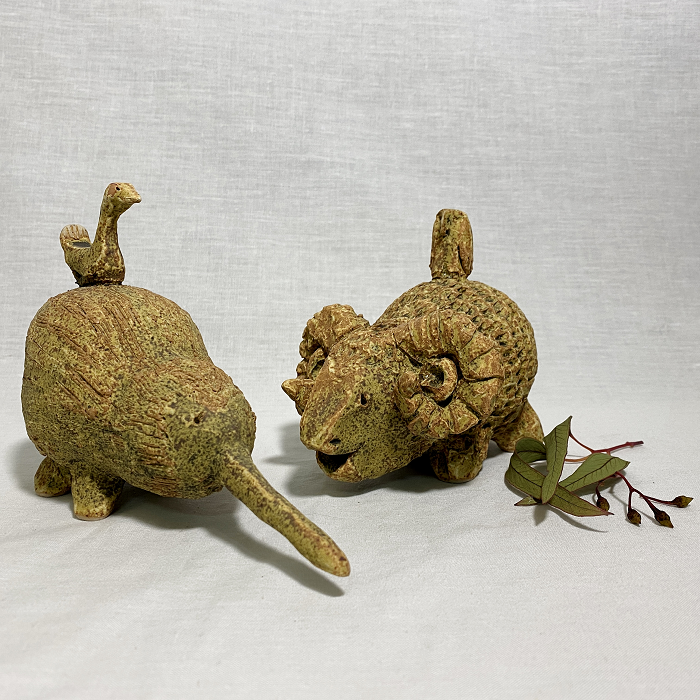 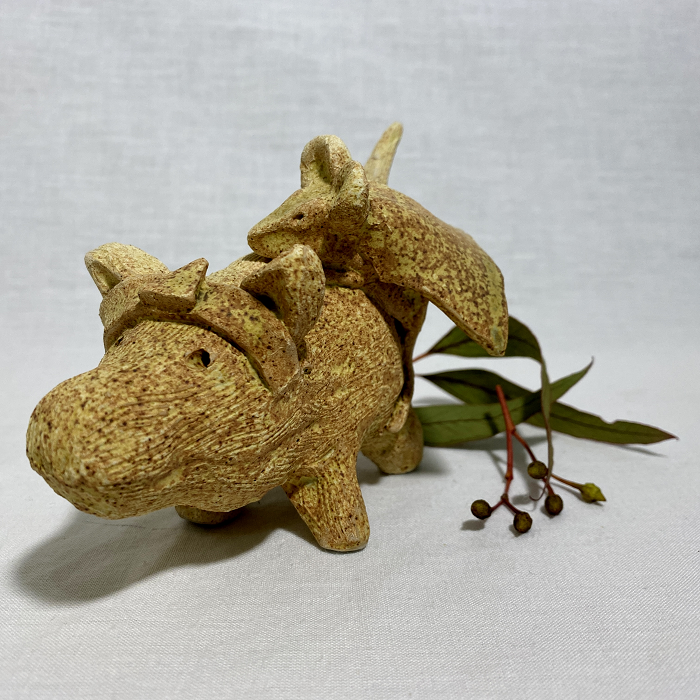 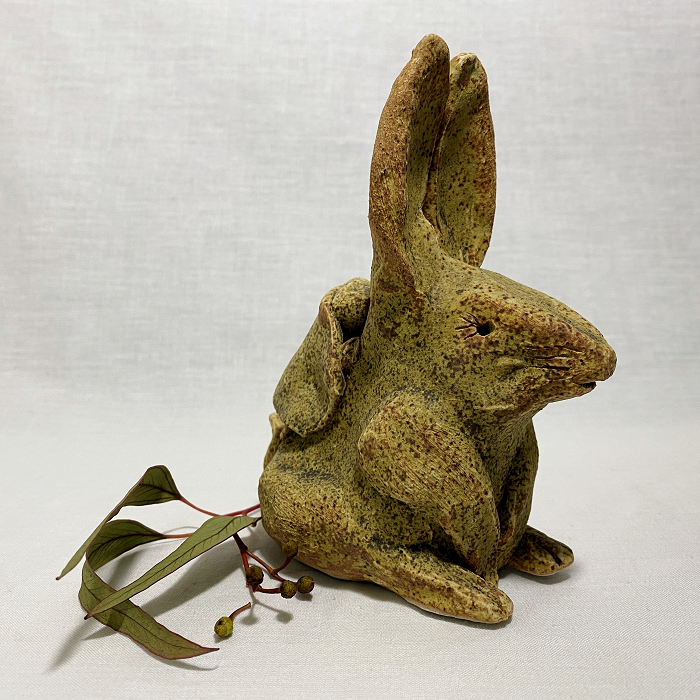 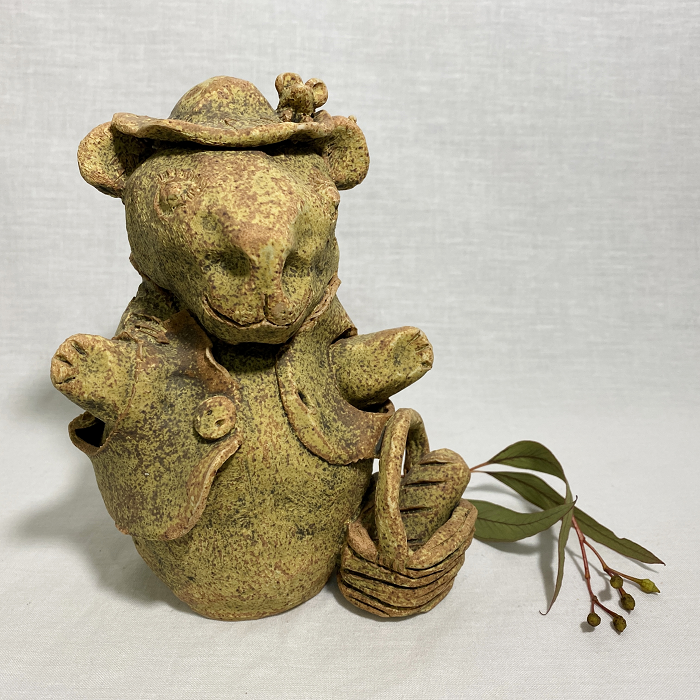